Pikmin: Power of 8 has great quality and provides much information. Please improve this article more by editing this page.

Pikmin: power of 8 is a unique pikmin game. In it you play as the Pikmin and Olimar. You need to save the Pikmin planet from crisis.

The Pikmin planet is in crisis: the oxygen levels have dropped by 80% and almost everything alive on it, including the pikmin. There are only 50 pikmin left. (And only 10 or so Intelligent ones left, but only 7 are notable.) The Intelligent Pikmin's names are: Red , Yellow, Blue, Violet, Purple and White. They have to leave the planet and get spacesuits. They need to fix the problems so the planet can be restored. To do so, they must collect all of the Piku Gems to open The Gate of Annihilation.

Later on, they find out a giant blowhog is underground and vaccuming the oxygen out! they kill it but the oxygen continues to drain...

They make it to another possible source: a burrowing snarrow. But it only slightly stops the drainage.

Once they find a colourless gem, they are told by a spirit that they have to find the Piku gems to open the gate. They then go back in time to when pikmin ruled the planet. Now you can control pikmin and they will help you find them all.

They eventually find the real culprit: The magnum cannon beetle! It is the final boss and has been employing hostile creatures to destroy the planet. In the end, it is killed and the pikmin find the onions have regrew so they can repopulate the planet.

In 2 player battle, it is just like in Pikmin 2. You can play as all characters as well as two others: Grey and Pink. There are 10 stages to play on.

The following two are only in 2 Player mode.

This game has a piklopedia. It has every monster you have encountered so far. It also has Violet's notes.

There is an extras option on the main menu. It has things like cheats and cave creators.

A little while after Pikmin: Plague, a little attachment was released to allow you to transfer Pokos, upgrades, and data onto other Extinction games.

Fear: there are several jumpscares and some gore.

Violence: lots of things are killed and there is some blood.

Here is an example of saving in game.

The model viewer as seen from above.

The mysterious spirit that talks to you.

Concept art of a Lobbing Snitchbug 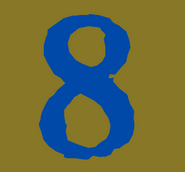 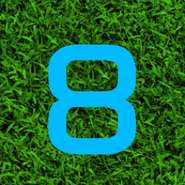 The latest logo for the game.

In the flashback, part of pikmin's prologue theme is played.

If you leave the Melting Long Legs' arena, 30 seconds later it will melt and it's melted body will 'drip upwards until none is left. upon re entering the arena it will fall down and start fighting again.

If you hold: A+B+X+Y and then press R1 5 times really fast, you can unlock the model viewer. In it, you can see all enemy and object models and see their animations and sounds. Strangely, it has minimap. The controls are: L1 and L2 to change models, A to play sounds, B to show animations, Right Stick to turn, Left stick to zoom and Start to exit.

In the Rustyard, if you go out of bounds by use of a wollywog you will see that the ships in the background are 2d images. One of them happens to be the ship from Pikmin 2!

If a Gravity Wraith changes gravity just as you pause and exit cave, as soon as you exit, go back into the cave. It will be an earlier version of the cave with no music and different enemies.

To go out of bounds, go to a corner with a wollywog of any kind and lay down. If it hits you it should push you onto a ledge or beneath the floor!

If you go to the Sleeping oak and use the pluckaphone, the pikmin may fly into the sky never to be seen again!

The games title was a mistake. The developer noticed there were 7 characters, not 8, but he thought Pikmin: Power of 8 sounded better.

The minigames are very similar to the Death minigames in Five nights at Freddy's 2.

Community content is available under CC-BY-SA unless otherwise noted.